Sony A1 review: The Alpha of mirrorless cameras
Advertisement 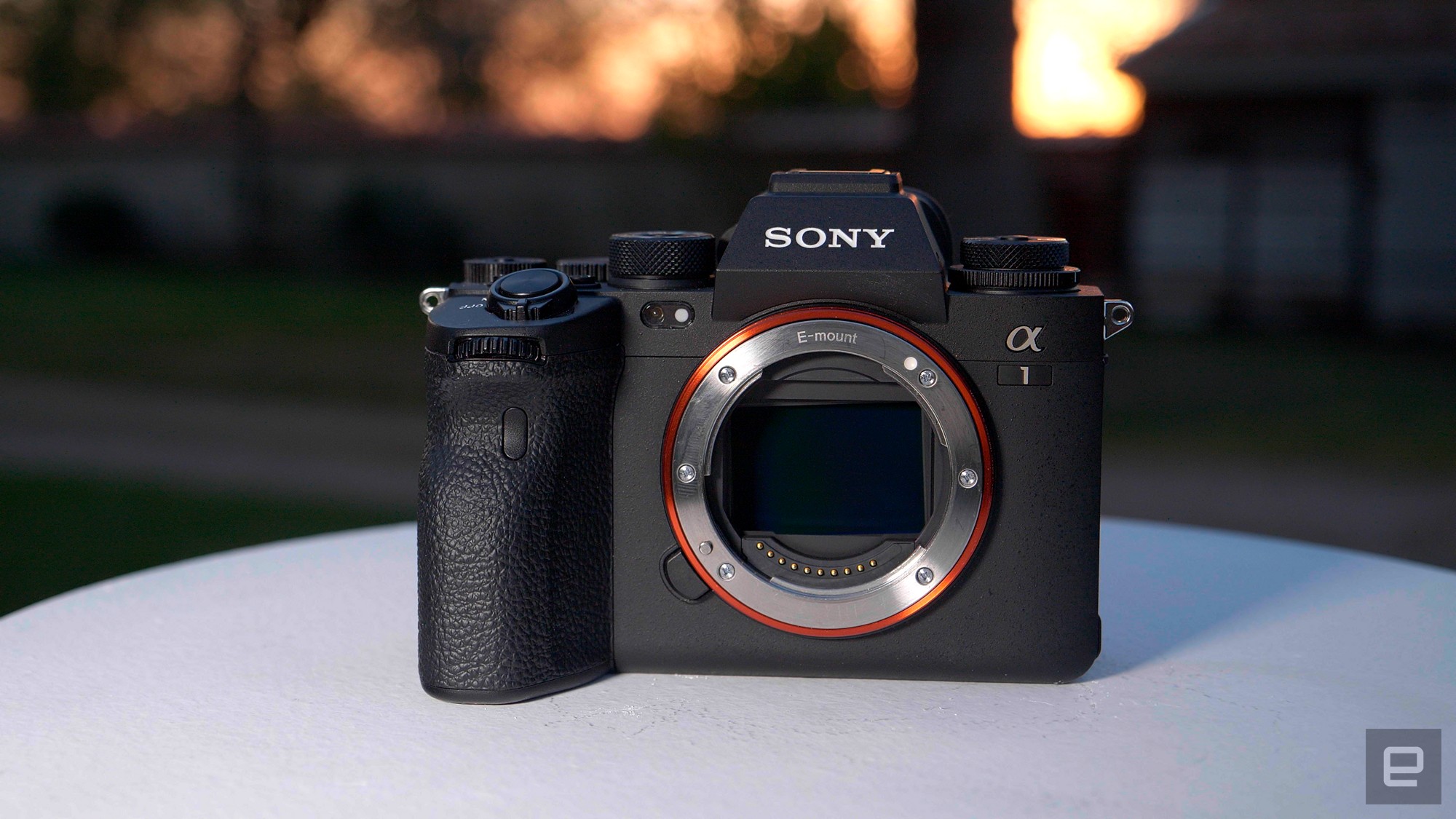 With the sensor’s higher readout speeds and faster image processing, Sony says rolling shutter is reduced compared to the A9 II by 1.5 times — impressive considering it has double the resolution. It does a bit better than the EOS R5 in this regard as well. However, if you’re using the 30 fps shooting speeds for action photos, fast-moving subjects can still be distorted in electronic shutter mode, so those high speeds may not be practical in certain situations.

Once you hit those kinds of speeds, the fps number is less important than the autofocus speed and accuracy. Here, the A1 largely delivers where it counts: tracking fast moving subjects.

It works well in touch tracking as well as face- and eye-detection modes. It can capture animals and birds well, though not quite as reliably as the R5. However, it’s more dependable for people whether you’re shooting sports, parties or portraits.

Shooting speeds often dropped well below 30fps for fast-moving subjects, especially when they were close to the camera, but the same happened with the R5. Note that to really get the most out of the A1 autofocus system, you’ll need one of Sony’s latest XD linear motor lenses like the new 24mm f/1.4 and 400mm f/2.8 models.

The A1 comes with 5-axis in-body stabilization, but it only offers 5.5 stops of shake reduction with a compatible lens. Canon’s R5 delivers 8 stops, so it can shoot at slightly lower shutter speeds and still deliver sharp photos.

As the A1 is targeted toward professionals, I loaned it to photographers Samuel Dejours and Nathanael Charpentier (above), who do birth, wedding, portrait and other types of photography, both on location and in their Studio NathSam in Gien, France. They took a number of photos (in the gallery, below) and shared their thoughts. The interview has been translated from French and abridged.

How did this camera feel compared to your other Sony mirrorless cameras (the A9 and A7R III)?

Samuel: The grip is a lot better so there’s less fear of dropping it, and it has a more balanced feel. The manual controls are better positioned, especially the front dial — you can now hold it with one hand and easily operate the dial, which is not the case on the A9. Even the buttons feel better, with a bit more travel and a more positive actuation.

Samuel: It’s the autofocus that was most impressive, how it would latch onto a subject and not let go — especially considering the resolution. To shoot hospital births, weddings and so on, you have to be very reactive. As soon as there’s an important moment, you have a split second to capture a good photo, and there’s no lag whatsoever with this camera. When we shot bursts with the A1, we had zero unusable photos. If you can’t quite get close enough, the extra resolution is a big bonus, too.

Nathanael: Another thing we found really practical is that you can set the shutter to close automatically when you turn the camera off. We have to change lenses often, and that protects the sensor from dust. With our other mirrorless cameras, that’s a regular problem, especially when we’re working outside.

Performance is pretty close between the two models, but the A1 trumps the R5 in image quality. Sony seems to have hit a winning color science formula, striking a good balance between pleasing skin tones and color accuracy. That compares to past Sony full-frame models, which had a tendency to shift skin tones toward magenta. Even with the latest improvements, however, some photographers may still prefer Canon’s warmer skin tones.

Sony claims 15 stops of dynamic range for the A1 at lower ISO levels and that’s easy to believe. When shooting RAW, you’ll be able to recover detail from overexposed highlights and underexposed shadows. That will relieve a lot of stress when you’re shooting in bright sun or dimly-lit rooms.

And for a high-resolution camera, the A1 offers very respectable low-light capability that’s significantly better than Sony’s A7R III and A7R IV models and on par with the EOS R5. With the dual gain sensor, you’ll see little noise when shooting under ISO 3,200, and you can still get usable photos to about ISO 12,800, though noise increases considerably after that. For JPEGs, Sony’s noise reduction algorithm works very well, compromising nicely between noise and detail.

The A1 is just as capable for video as it is for photos and has far less serious heating issues than the R5. Sony guarantees 30 minutes of continuous 8K recording, but I was able to shoot at room temperature for an hour or more before it shut down. After I popped out the battery and memory card and left it for five minutes, I could shoot for another hour. That’s far better than the R5 both for total shooting and recovery times.

While it lacks the RAW and high-bandwidth internal recording found on the R5, the A1 does have 10-bit recording in all video modes, including 8K. The A1 offers a tradeoff of sorts, as the R5 has slightly better detail, but the A1’s files are smaller and easier to work with. If you need the best resolution possible, the A1 can export RAW 4K and Atomos recently released a firmware update to support that feature on its Ninja V recorder.

As with photos, the A1 has subject and animal/human eye-tracking for video, and the system is rapid, responsive and dependable. It’s a match for the R5 and I honestly can’t say which is better — they both have outstanding video AF that’s far better than any other brand.

The five-axis image stabilization is fine for handheld video shooting as long as you don’t move too quickly. I wouldn’t use it if you’re planning to walk around or move very quickly, though. The R5, by contrast, lets you walk and vlog as long as you’re fairly smooth. Neither can replace a gimbal, of course.

On the other hand, you can use the A1 in gyro mode with the optical stabilizer turned off. Then, you go into Sony’s Catalyst Browse program and it will stabilize the footage quite well, much like SteadXP or other dedicated software stabilization products.

8K video is oversampled from 8.6K, so it’s pin-sharp. However, full sensor 4K video has some pixel binning, so it’s not quite as clear as the R5’s high-quality 4K mode. If you use an APS crop, you can get downsampled 4K with no pixel binning.

The A1 supports all of Sony’s S-Log modes (S-Log, S-Log2 and S-Log3), letting you significantly boost dynamic range, particularly with the latter setting. That allows for HDR production and extra room to over- or under-expose shots and still recover detail. Just be aware that the settings can be a bit tricky to work with, particularly S-Log3.

Unlike any other Sony mirrorless camera, however, the A1 also supports S-Cinetone recording borrowed from its cinema camera lineup. That delivers decent dynamic range and looks good right out of the camera, unlike S-log footage. It’s important to expose that correctly, however, as saturation levels can change fairly drastically if the footage is over- or underexposed.

I’ve often criticized Sony’s cameras for the terrible rolling shutter in video mode. However, with the A1’s fast sensor readout, rolling shutter is heavily reduced compared to past models. Even in 8K mode, it’s barely noticeable unless the camera or subject is moving very rapidly.

To summarize, the Sony A1 is the most powerful mirrorless camera ever built, and it should be for $6,500. It’s also an impressive demonstration of Sony’s tech prowess, giving us a taste of what’s to come with its future mirrorless lineup.

But does it beat the Canon R5? The superior video and shooting speeds do give it a slight edge, but it would be hard for the average person to justify paying an extra $2,500 for moderately better performance. For another $500, you could also get a “hybrid” video and photo camera by purchasing both a Sony A7S III and an A7R IV.

The primary market for this camera is professional sports, action and wildlife photography. For that, the A1 has incredible speed and reliable autofocus, and the high-resolution photos are a huge bonus for cropping in.